Can you turn Monopoly into a drinking game?

How is this done?

You can turn almost any board game into a drinking game with a little creative thinking. If you’re looking for a way to spice up your Monopoly games, you’re in luck. In this article, we’ll show you everything you need to know about how to turn Monopoly into the ideal drinking game.

When it comes to drinking games Monopoly may not be the first option to pop into your mind. However, due to the very competitive nature of this game, it works beautifully as a drinking game among friends.

College students in particular are fond of playing Monopoly as a drinking game, but it can be included at almost any party or get-together where drinking will be present. Try it yourself to see how fun this experience can be!

Keep in mind that you should never play Monopoly as a drinking game when kids or teens are present. This is only intended for adults, and it should be played responsibly. Do not drink and drive after playing this drinking game, and do not play any drinking game in an environment that doesn’t feel safe to you or one of the other players.

With a little attention to safety details, you’ll be able to have a fun and enjoyable time with your friends playing Monopoly as a drinking game.

Read on to learn more!

Check out this list of ideas to help you turn Monopoly into the perfect drinking game. These are some of the base rules that are used by players everywhere, but you can always add or remove rules to make the game entirely your own experience, too. Remember: your party, your house rules!

Now that you’ve seen how to play Monopoly as a drinking game, you may be wondering where you can buy this game. After all, not everyone has a copy just lying around waiting for the next big party, and not every store still carries board games like this either. 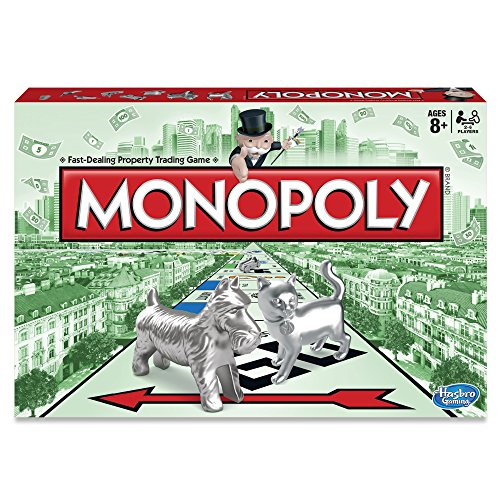 This version of Monopoly  is similar to the original old-fashioned game with some changes as well. This board includes an additional game piece and has alternate rules that can be used to make the game shorter if you desire. However, you can also play the game according to the original rules, which is best when you’re planning to use it for a drinking game. This copy of Monopoly has everything you need to get started at your next party. Just remember to brush up on how to play before you begin drinking!

With a copy of this board game in hand, you’re one step closer to hosting a great and memorable party for yourself and your friends!